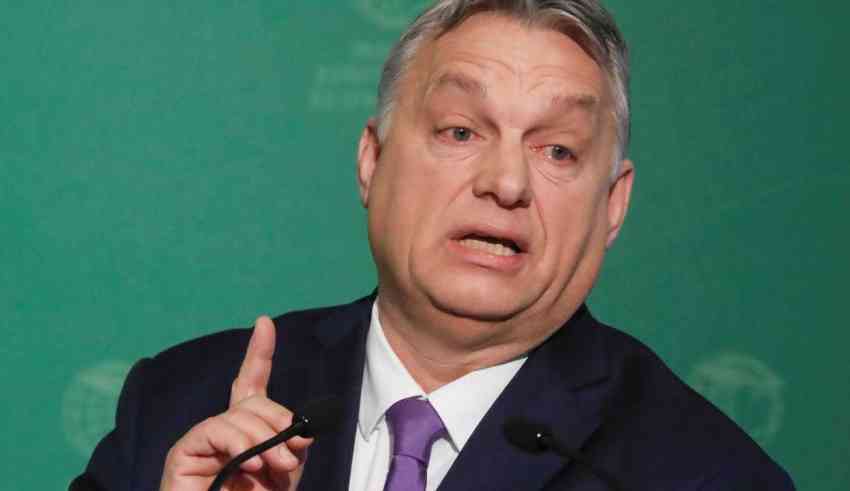 The following text by the former deputy prime minister of Poland and a well-known lawyer echoed greatly in Poland. We decided that it is worth translating it.

11 years ago, at a conference near Rome organised by Cardinal Schonborn, I had a long talk with Prime Minister Viktor Orban.

He considered me to be a Jobbik [the Movement for a Better Hungary also known as Jobbik, a conservative political party in Hungary – translator’s note] member and explained to me how Europe needed to be revamped based on the financial support of China and the military support of Russia.

He is an intelligent, educated man who has been a bit suffocating as the prime minister of a small country. By that time, he had already expressed himself very unfavourably about Ukraine.

It was Orban who persuaded Kaczynski to try to take the EU to pieces.  The entire game of Orban and then of Kaczynski was predicated on the war for the restoration of the USSR that Putin had been preparing for years. The plan for this war was clearly expounded by Putin just before it broke out, and it involved Russia regaining the lands of the former USSR to create buffer countries around Russia, including those associated with it, or neutral or semi-neutral countries. In Tusk’s time, the plan to involve any of the EU members in this game was impossible to implement. Putin once tried to negotiate on the issue by offering western Ukraine to Poland, as if by chance. Tusk and Sikorski refused to even have a joke about it. Meanwhile, the problem of western Ukraine, incorrectly reasoned anyway, became Putin’s top priority. Russia did not have hundreds of thousands of troops to fully occupy Ukraine. Putin expected a quick military conquest of Kyiv and the south of the country, but occupation of western Ukraine, which has no Russian-speaking population, was never possible. Therefore, in his plans to destroy the Ukrainian state, Putin assumed that it was best to take western Ukraine under Polish wings, which was to be conducted as part of, for example, a NATO peacekeeping mission. Thus, under the operation of concealing participation in the Orban’s Plan, Jaroslaw Kaczynski used this terminology to make his absurd proposal. There was another reason Poland was important to Putin. In view of the war in Ukraine and the anticipated long-term guerrilla warfare, Poland was indispensable as a transit country to Germany. Let us remember that we are discussing plans that did not assume the long-term resistance of Ukraine or the reconsolidation of the Western countries and did not at all assume that the Ukrainians could win the war. Poland is now acting in line with the Orban’s Plan when it comes to the freight corridor from Europe to Russia. Approx. 55% of total exports and imports with Russia are routed through Poland. In terms of propaganda, the Polish government keeps saying how much it insists on imposing sanctions, but it has failed to introduce even the simplest sanctions on its own.

It took a good few years to implement the Orban’s Plan. The leaders of Hungary and Poland intended to bring part of Ukraine under their protectorate (western Ukraine to Poland, and Carpathian Ruthenia with a large Hungarian population to Hungary). Through such increase in de facto state control, the plan assumed to ensure Kaczynski and Orban and their parties popularity and rule for many decades.

All Kaczynski’s and Orban’s actions related to crackdown on courts, subordination of public prosecution services, media, schools, army, conflict with the EU, expulsion of American capital and so on and so forth are rational only if one assumes that there will be a global geopolitical revamping going on. Otherwise, it is impossible to explain why the government did not implement the Court of Justice of the European Union decisions, potentially losing hundreds of millions Euro as a result, or why it wanted to nationalise the largest US investment in Poland only a month ago. If the Orban’s Plan had succeeded, the sequence of events would have been as follows.

Russia enters Ukraine and occupies Kyiv. However, Russian troops do not enter either western Ukraine or Kyivan Rus’. The local authorities of western Ukraine and Carpathian Ruthenia beg NATO for help against occupation and then Poland and Hungary enter the borders agreed with Putin and take “guardianship” of this part of Ukraine, receiving an enthusiastic response from the local population. Russia forms a puppet government in Kyiv, annexes the eastern parts of Ukraine to Russia, and the western part of Ukraine including Carpathian Ruthenia form a separate, pro-Western creation under the protection of Hungary and Poland.

Perhaps Belarus would also get some part of the Ukrainian territory. Operationally, Polish troops were already sent to the east as they were “accidentally” drawn there as part of the migration crisis that Lukashenko unexpectedly triggered a few months ago. Hungarian troops moved east on the first day of the war. Certainly, to succeed it was necessary to keep the operation as a secret and of course Putin’s military operation to be successful. Few people remember it now, but until the Russians failed in their attempt to capture Kyiv and until the reunification of the West brought about by Biden, Poland did not provide any assistance to Ukraine; even establishing of prohibited airspace [not to be confused with no-fly zone – translator’s note] was forced by public opinion outrage. In Hungary, in the first days of the war, there was already talk of the need to take care of Hungarians living in Ukraine.

When were the final arrangements concluded? On 4.12. 2021, the pro-Putin International Meeting was held in Warsaw. It was on the day that Le Pen was driven around as of she was a head of state. On that day Orban met Kaczynski. Both already knew about the invasion plans from the Americans as Biden communicated it to the allies in November. And right after that came the attack on TVN [a Polish free-to-air independent television station – translator’s note], which in my opinion was a message to Putin about Poland’s readiness to confront the USA. But a final confirmation of the Orban’s Plan had to take place in Madrid on 29.01.2022. Shortly after meeting Morawiecki, on 5.02.2022, Orban flew to visit Putin personally. A few days later Putin sent orders to the troops about starting the war.

The orders clearly did not include the western part of Ukraine in the war operations.

Could the war have broken out without this plan? It might be so, but the tacit complicity of PiS [ruling right-wing political party in Poland – translator’s note] made Russia’s plans facilitated. It all has ended in smoke when Ukraine started to win, and the Western world got united. At that point, PiS suddenly abandoned Orban, Le Pen and Salvini and started playing the role of Ukraine’s main defender.  The trip of Morawiecki and Kaczynski, as well as the Slovenian prime minister collaborating with Putin, to Kyiv was to cover up their complicity in this plan. In the same way, Salvini attempted to cover up his involvement in collaboration with Putin by his sudden arrival in Przemyśl. They have all suddenly become friends of Ukraine.

How do I get to know all this? Well, what is the point of bashing the US investment at a time when you already know about Russia’s invasion of Ukraine and – theoretically – you have no agreement with Putin? What is the point of completely disregarding the EU and jeering at the Court of Justice of the European Union decisions if you know nothing about the complete geopolitical change that is about to take place in a moment? What is the point of meeting Le Pen, who is financed by Russia, at a time when one already knows that there will be an invasion of Ukraine? Why bother inviting Salvini, who wore a Putin T-shirt, if you want to fight Putin? Why do you need to meet Orban, who visits Moscow every month, if not to coordinate plans?

If a person knows about the invasion and wants to be on the side of the West, they should avoid Orban, a friend of Putin, like the plague. Why meet all Putin’s allies in Madrid if you want to be on the opposite side in a war that you know is about to break out?

These are obvious issues! And the fact that we do not have transcripts of Kaczynski’s and Morawiecki’s conversations with Orban is also obvious. Nothing was more confidential.

An obvious conclusion can be drawn: the high treason of the century was planned. It was only the victory of Ukraine, the indignation of Western public opinion and the scale of that indignation associated with the heroic resistance, and the unity of the entire West that prevented such high treason. Let me remind you that Putin’s plan anticipated quick capture of Kyiv, very few civilian casualties and antagonised western countries with their effete sanctions. None of these have come to fruition. Had the military operation succeeded, the Orban’s Plan could absolutely have been implemented. And Kaczynski would have taken Lvov in triumph and, as saviour of the Ukrainians and resuscitator of Poland’s power, could have hoped for absolute rule.

They failed, thank God and Glory to Ukraine! 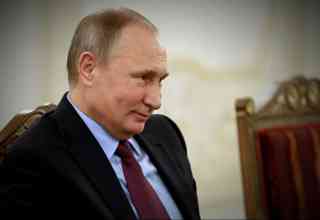 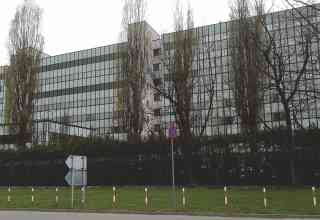 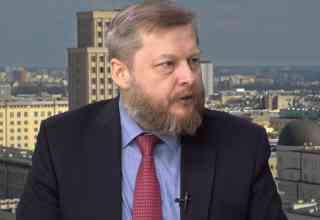 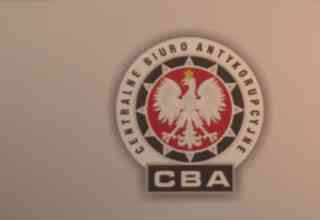 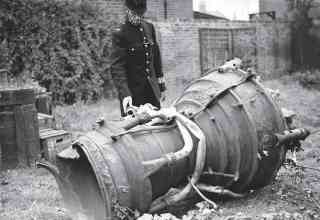 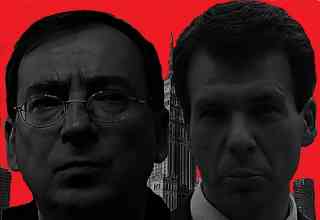 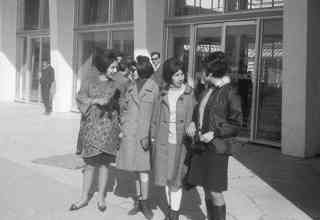